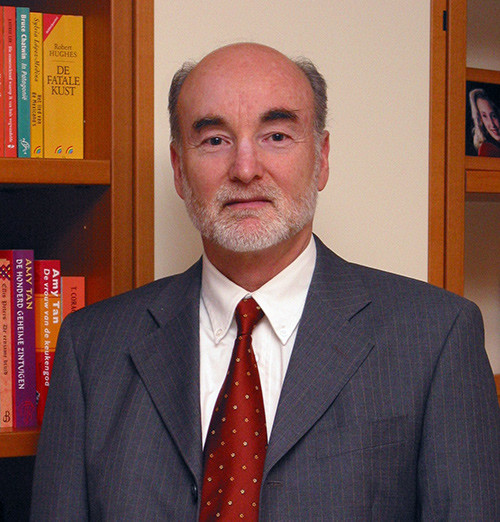 “Maybe you can compare Floww to what I experience when I’m in the forest.”

He grew up in Suriname and does not only look at medical science through Western glasses. He also approached Floww with an open mind and has been associated with the company as an advisor since the first meeting. Biomedical engineer Eelco Toxopeus indicates that Floww has proven itself in practice, but also that there is still much that we do not fully understand. “Maybe you can compare Floww with what I experience when I’m in the forest.”

A first meeting took place during the period when Eelco Toxopeus, a graduate of the University of Twente in Biomedical Technology, worked as an advisor to the Board of Directors of the University Hospital in Maastricht. “At the time, I came across various studies about the huge increase in healthcare costs. Costs that partly arise from the fact that we all become a lot unhealthier, which is visible in the strong increase in autoimmune disorders. So we looked for possible causes. An important factor – almost logical – was the increased electromagnetic radiation in our living environment and the negative effect of this on our health. I did some research into that and I came to Floww through that process. I liked that there was a Dutch company that was involved in this matter.”

He also immediately decided to purchase a number of products, including a personalFloww and a mobileFloww. “I belong to the group of users who do not experience clear complaints from radiation. I mainly use the Floww products as a precaution. People who are not plagued by sensitivity to electromagnetic radiation will not experience a big difference with or without these products. The effect is more likely to manifest itself in the longer term, for example due to an increased resistance or less chance of disorders. Such effects are difficult to measure and as a scientist I take a critical approach in that respect. What is real? What do you want to believe? The placebo effect can always play a role. There is also a lot that we don’t underst and about Floww’s operation. ”

Eelco Toxopeus states that it is also unwise to deny that radiation can have an effect on our health. “At the time, I came to the conclusion that the increase in ‘foreign’ electromagnetic radiation, such as GSM, Wifi and Bluetooth, seems to be one of the possible causes of the increase in autoimmune disorders. Several scientific studies point in this direction. But the scientific literature raises even more questions for the time being than that answers are given. Yet it is clear that there is an effect. Electromagnetic radiation is in itself one of the four forces of nature that have played a decisive role in our evolution. This concerns “natural” radiation that belongs to us and that determines our functioning. The German scientist Schumann discovered a certain natural frequency, which upon closer examination has a healing effect on humans. This “Schumann Resonance” is a natural phenomenon with a positive effect on our functioning. Perhaps comparable to what I experience when I am in the forest. The forest is doing something to us. Trees seem to enhance the Schumann effect. That could also be the working principle of Floww. But understand; that is an effect that we are just beginning to understand. ”